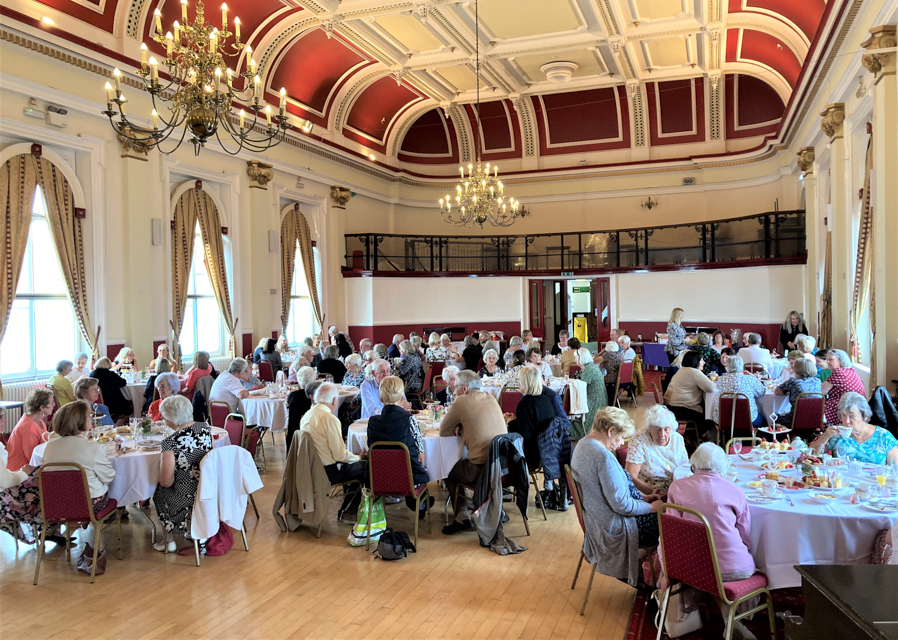 Supporters of Bluebell Wood Children’s Hospice were recently treated to a superb Afternoon Tea in the splendid environment of Retford Town Hall ballroom.

Mayor Susan Shaw welcomed everyone and a two-minute silence was held for attendees to think about HM The Queen. At the end of the afternoon, Ruth Walbank, the Regional Fundraising Manager from Bluebell Wood, explained that although the hospice itself was currently unable to take in any residents due to lack of qualified staff, they were still working in the community with families needing their support. It is hoped the staffing issues will be resolved in the near future.

Those attending enjoyed an afternoon of lively chatter, numerous cups of tea and coffee, finger sandwiches, scones with jam and cream – Cornish cream of course – and a wide selection of homemade cakes. There was such a selection, guests were offered boxes to take home the cakes they couldn`t eat by the end of the afternoon!

They were very grateful for the many raffles prizes that were donated and the tickets that were bought, the raffle raised over £400 alone. In total, thanks to their supporters, the afternoon raised over £1,700 for Bluebell Wood.

If you would like to join the Retford Support Group for Bluebell Wood Children’s Hospice to help with future fundraising events, please contact Hannah at the hospice on 07496 623134 and she will pass on your details.