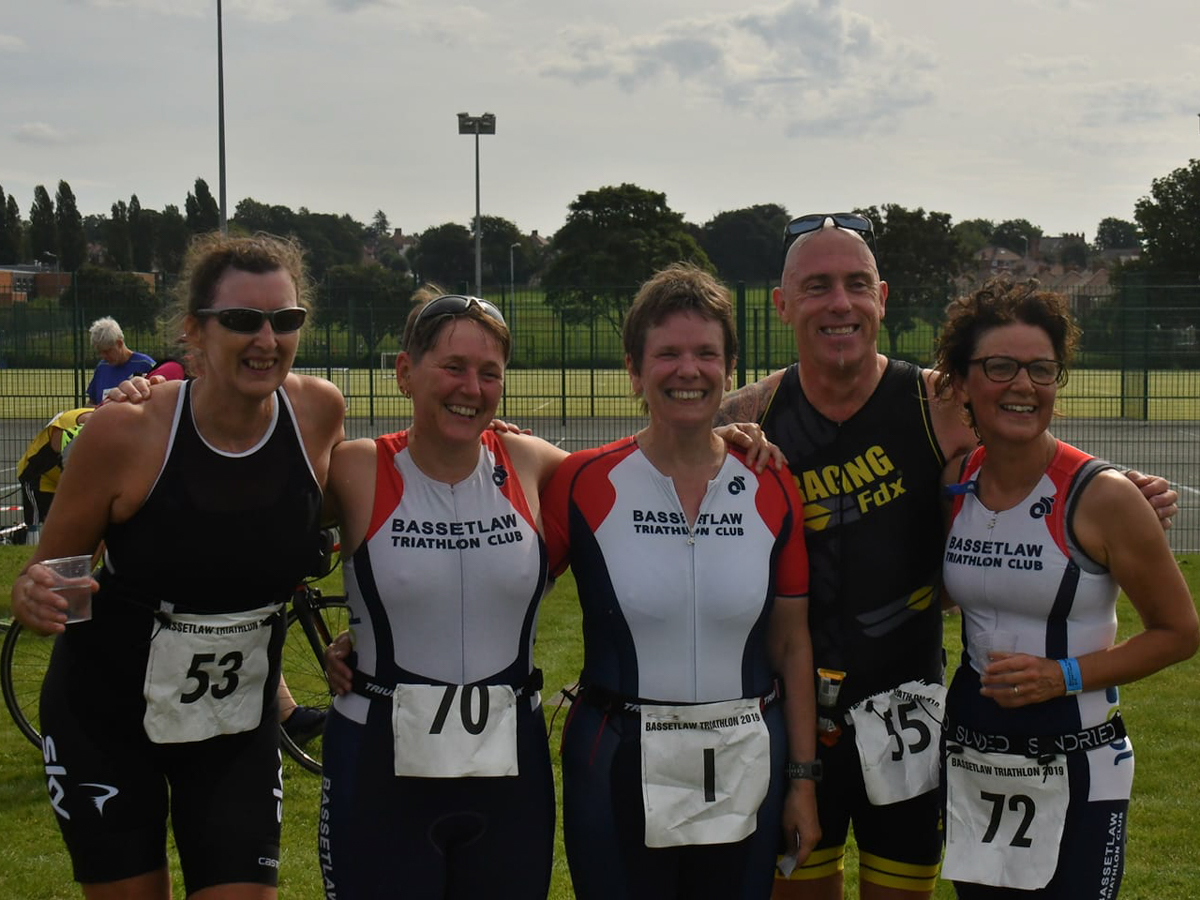 Triathletes from across the region took part in the seventh Bassetlaw sprint triathlon event on the Sunday 4th August. The event hosted by local Bassetlaw Triathlon Club attracted over 220 competitors from as far afield as York, Leeds, Northampton and Cheshire.

The event, based out of BPL Leisure Centre on Valley Road started with an early morning 400 metre swim in the indoor pool followed by a fully marshalled 20 km bike ride out to Carlton and Langold with a return route taking in Letwell and Gildingwells, to then finish with a 5km run closer to the leisure centre finishing on the playing fields at the leisure centre where family and friends were able to cheer the finishers over the line.

The individual winners were: first Hannah Shooter, of in a time of 1:10:48; second Rebecca Kirvan-Rodgers in 1:13:58; and third Alice Cordwell in 1:14:51 for the women. For the men: Sam Broomhead was first home in a time of 1:01:11; second Tom Jackson in 1:06:00; and third Martin Bond in 1:07:40. The team relay event was won by Triyourtri Club.
First time triathlete Jane Sheridan said: “When I joined the club just over 12 months ago, I didn’t even have a bike, but there has been tremendous support from club members and coaches, so I decided to have a go at the event. I am delighted and relieved to have completed the triathlon. Thanks to all the marshals and supporters around the course who gave me great encouragement.”

Race director Matan Duveen said: “My first time as a race director. Months of work and organisation gone into the event. Really happy with how it all went, despite a couple of ‘curve balls,’ but with a great team around me everything worked out. Thank you everyone, especially event sponsors Perrys, the lead sponsor, Select Scales and Landin, Wilcock and Co.”

Yannie Duveen, club secretary and volunteer coordinator, said: “Volunteers turned up with a smile and encouraged all competitors on the day, they were all fantastic. We have already had some great feedback from competitors coming to the club gazebo after they finished the race, appreciating the support, smiles, encouragement they got from start to finish. Also, a big thank you to local supermarkets Tesco and Sainsburys who generously donated snacks, fruit and drinks that made up a pack for each volunteer to have whilst out on their duties.”

The club have already had thoughts for next year’s event and anyone interested in trying the sport wold be welcome at the Bassetlaw Triathlon Club. For more details about the club anyone can check out the website www.bassetlawtriclub.co.uk or visit the club’s Facebook page.