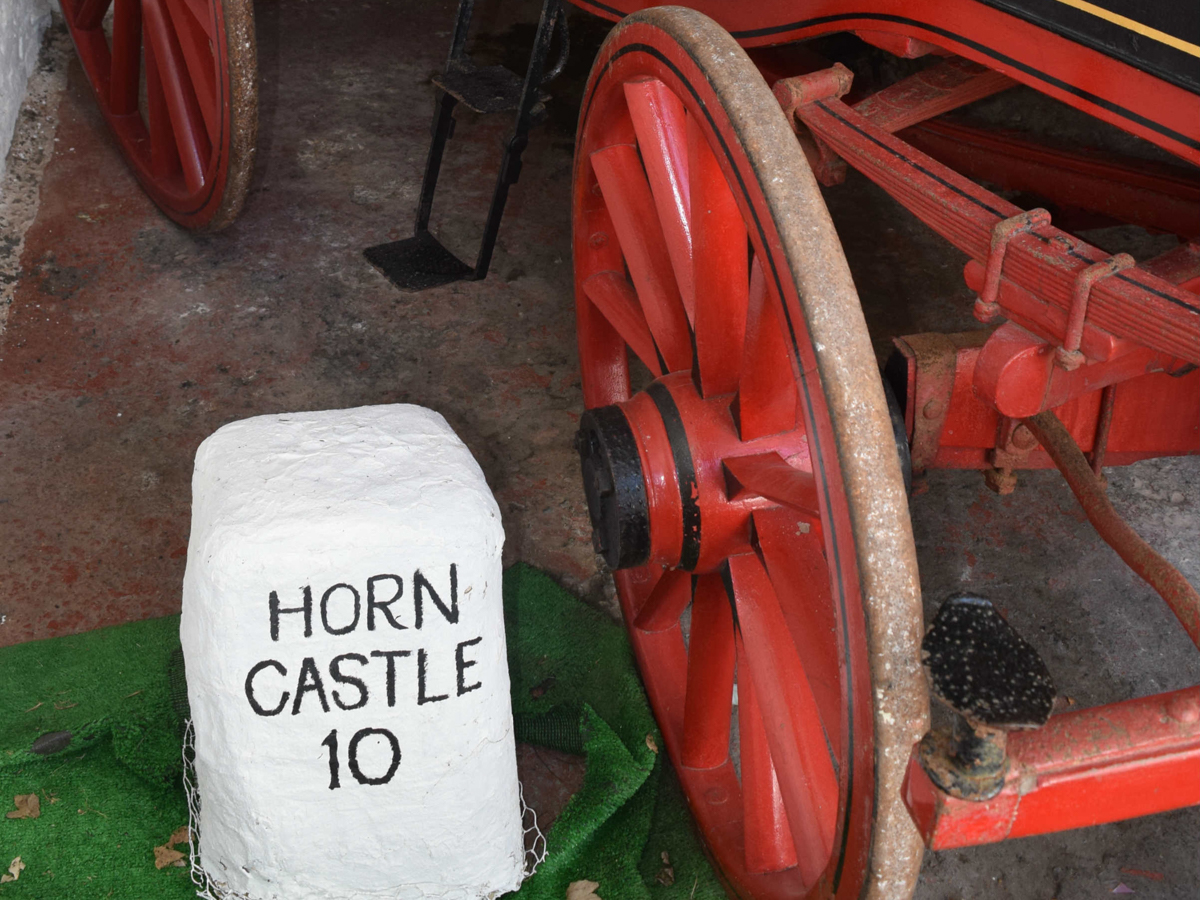 On Tuesday 3rd September, 13 members and friends of Wheatley Family and Local History Society gathered at the courtyard coffee shop in Tuxford, literally next to the award winning ‘Museum of The Horse’ and art gallery. They were soon joined by owner Sally Mitchell. Her knowledge and explanations of what they were looking at throughout the visit were superb. Even though there were more than adequate descriptions beside most of the exhibits, those extra tales and details added to the enjoyment. They started in the courtyard with the Holyhead — London Royal Mail coach. Did you know, they changed horses every 10 miles and wheels at least every three weeks? An extra horse was added to a team of four for uphill sections called the cock-horse, hence the saying ‘ride a cock-horse to Banbury Cross’. The history of the mail from 1685 with single mounted post boys to the last ‘mail coach’ ceasing operation in Scotland during 1871 is detailed on boards. Even then the horse continued in mail service by pulling delivery vans and carts until 1920.
Next they went inside and were greeted by a huge array of horse associated items starting with a few roman artefacts, the first room featured side saddles and other variations including one designed for the farmer’s wife! The museum claims to have some 60 saddles, 400 bits and 170 stirrups. They came from all parts of the world.

Then there was a section on veterinary equipment for horses, an exhibit area for pit ponies as well as heavy horse competition. There were photographs, paintings and prints featuring horses and horse owners including the infamous Empress of Austria, who travelled light with just 60 tons of belongings! One photo of Retford racecourse was close to another of a horse drawn hound van. Collars for a variety of working horses were featured including one that was ‘quick fitting’ for the fire engine horses. Another section covered the horses used in both world wars and included their gas masks.

The museum is a little-known gem that the society ‘discovered’ on their visit — with interest for non-horse people as well as riders, full of fascinating and little-known facts. If you were unaware of it then take a trip to Tuxford, you will be bound to enjoy a visit. You can find more details at www.horsemuseum.co.uk.