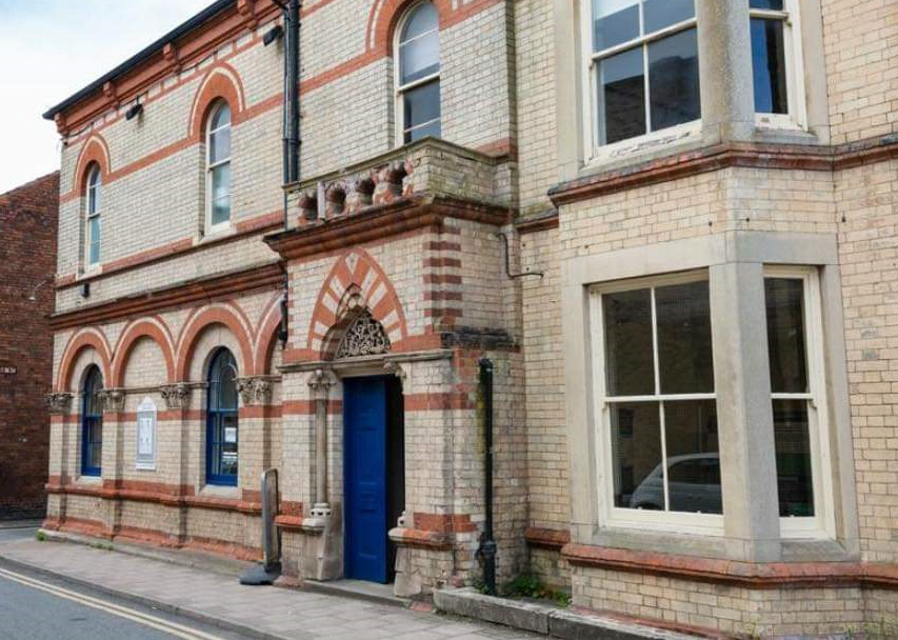 Fully re-opened to the public, The Old Nick Theatre and Victorian Police Station, situated in the centre of Gainsborough, close to Marshall’s Yard has long been a major fixture in Gainsborough’s theatre and arts scene.
It plays host to performances by their in-house community theatre group – The Old Nick Players – and travelling theatre groups, in addition to community youth theatre and live music performances.

Located in the former Lincolnshire Police Divisional Headquarters – a Grade II listed Victorian Police Station and Magistrates Court and one of the only remaining examples of this type of building in the United Kingdom – their team of dedicated and hard-working volunteers have taken advantage of the closure period during the COVID pandemic to improve and update the building. They have transformed the ground floor museum into a Victorian police station, as it would have been when it was opened as the Police Divisional Headquarters back in 1860.

Now, groups of guests can be whisked back in time to see how Victorian police upheld the law, learn about the methods used to punish criminals and look around the cells, exercise yards and living quarters of the station’s Superintendent and family!

The Old Nick’s volunteers haven’t stopped there; the first floor which houses the former Magistrates Court and Robing room (now theatre and dressing room) and the bar / tearoom have all been updated – with air conditioning in the auditorium and energy efficient theatre lighting. The theatre sound system has also undergone a complete overhaul with the addition of new speakers and sound equipment to provide a more immersive experience for theatre goers.

Additionally, the Old Nick is recognised as one of the most haunted buildings in the United Kingdom, resulting in paranormal groups and television crews visiting from all over the UK and further afield to contact the building’s more ethereal residents.

The Old Nick Theatre and Victorian Police Station is a charity, completely run by volunteers. The Chairman, Des Kirkland explains: “All of the people that make up the Old Nick are volunteers. We do it because The Old Nick is one of the last remaining examples of a Victorian police station and we want to continue to preserve it for future generations to be able to enjoy as we have.
“Unfortunately, the pandemic has resulted in a significant reduction of volunteers and without people who are willing to donate their time, we simply don’t have enough staffing to effectively run the events we would like to put on as well as maintaining and improving the building as we would like. We welcome anyone who has an interest in theatre (playwriting, performing, set design, costumes or sound, lighting and front of house) or just those who would like to help out generally (running the bar / tearoom, ticketing and box office) to contact us. We also need tour guides for the Victorian police station and would like to hear from tradespeople, engineers or those who are simply good at DIY, helping to maintain and improve one of the oldest buildings in Gainsborough so that it can be enjoyed by future generations.”
More information on how to become a volunteer can be found at www.theoldnick.co.uk.

The Old Nick are looking to restart live play performances from October. Up-to-date information on performance dates and where to buy tickets can be found on their website – www.theoldnick.co.uk. They are also taking bookings for tours of the Victorian Police Station (£3.00 adults, £2.50 concessions, and £1.50 children) and ghost vigils. To make a booking, call 07434 540516.