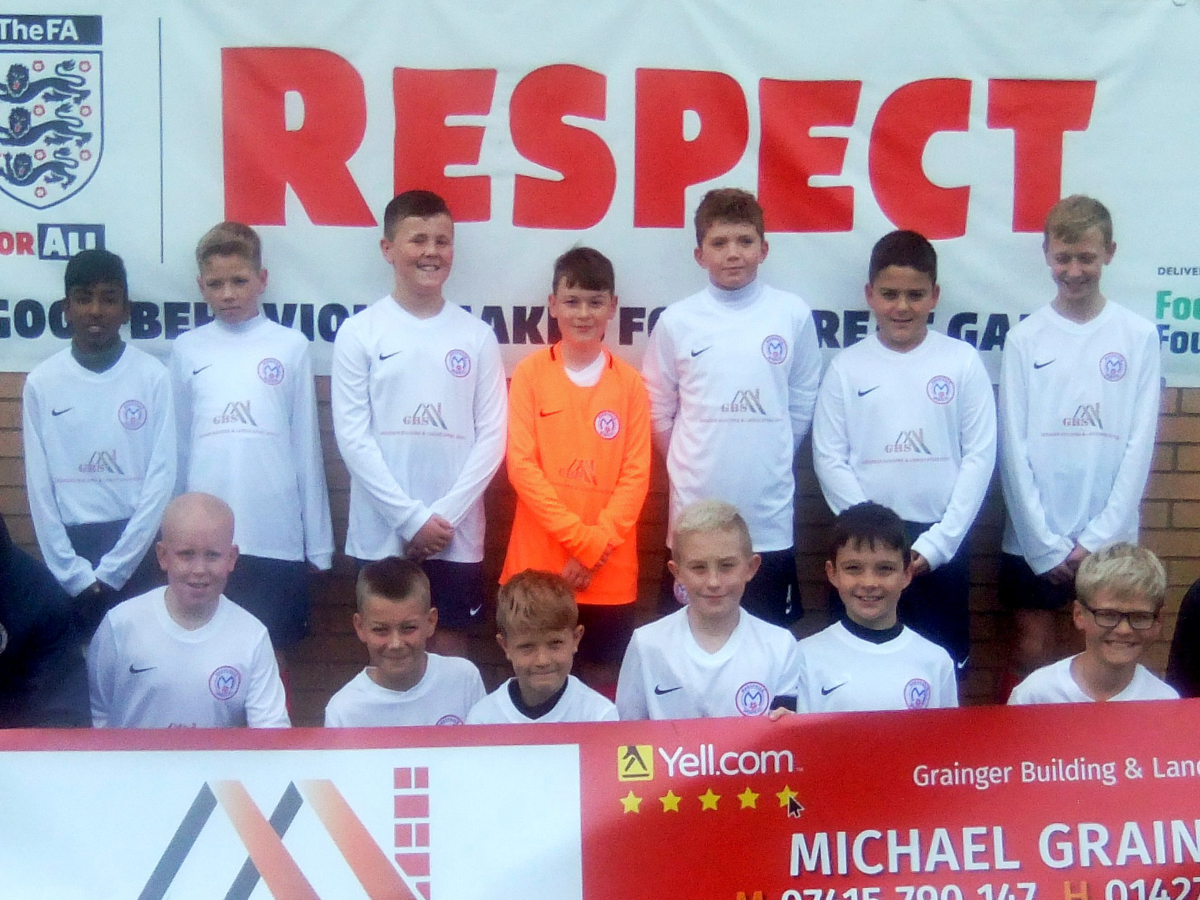 Marshall’s Sports Junior Football Club under 12s team has recently been sponsored by Grainger Building and Landscaping Services of Gainsborough. The staff and players are thrilled to be associated with Grainger and will now carry the sponsor’s name and logo on their new kit during the coming season.

The team, who play in the Jack Kalson Premier (Junior) league, have been together for six years under the watchful eye of Alan Conway and Danny Turner and have been very successful.

Marshall’s Junior Football Club was set up 12 years ago and has both boys and girls’ teams ranging from five to 15 years old. All teams are affiliated to local leagues either in the Gainsborough, Scunthorpe or Lincoln area. The club play their football at Marshall’s Sports Ground on Middlefield Lane and has links to the old Marshall’s Engineering Works, which was originally established at the Britannia Ironworks in the town centre in 1848.