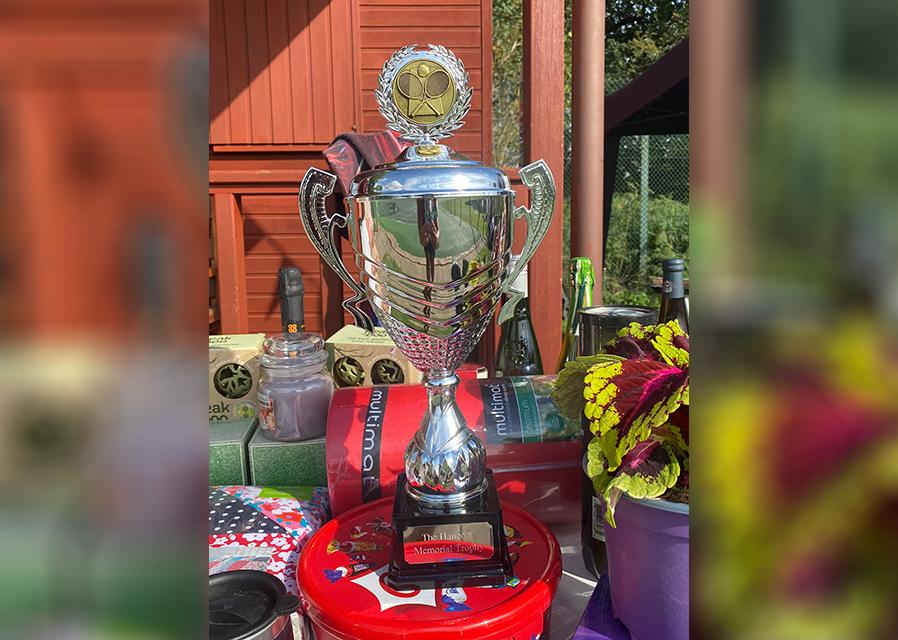 The first ever Hancock Memorial Cup raised £300 for The Stroke Association and Cancer Research. Lea Park Tennis Club organised an afternoon of tennis, food, drinks and chatter. With the help of a raffle and donations from club members, the event was a huge success.

Andrew Hancock was a former England international rugby player who became a member of Lea Park Tennis Club for several years. He passed away in 2020 after a battle with cancer and his wife Heather died of a stroke earlier this year. That’s why the tournament mattered that little bit more to all the players competing.

Eddie Worrell, Tournament Director, said: “Andrew Hancock was a fantastic person with a competitive and fair spirit that always encouraged others. We are very proud at Lea Park Tennis Club to have held this tournament in his memory and to have raised money for two fantastic charities.”

Gordon Warnes, Chairman of Lea Park Tennis Club said: “This was started to remember the great input Andrew had with his years at the club. With support from his family and Tony Morris of Gate Burton, a trophy was presented to the winners of the round robin doubles, and then a well contested final. Good tennis, good BBQ food, good weather, and good supporter attendance led to a great September afternoon.”
The inaugural winners were Simon and Kostas.

The fact that Andrew’s son Jonathan and wife Angela attended this event made it even more special. Eddie hopes this event will become a yearly tradition for the club and grows even bigger next year.

Lea Park Tennis Club is a group of tennis fanatics that resides on the outskirts of Gainsborough in Lea Park. With yearly memberships averaging at £80.00 a year for unlimited play and pay as you play opinions available, it’s time to put your trainers on. You can follow the club on Facebook @LeaTennisClub.