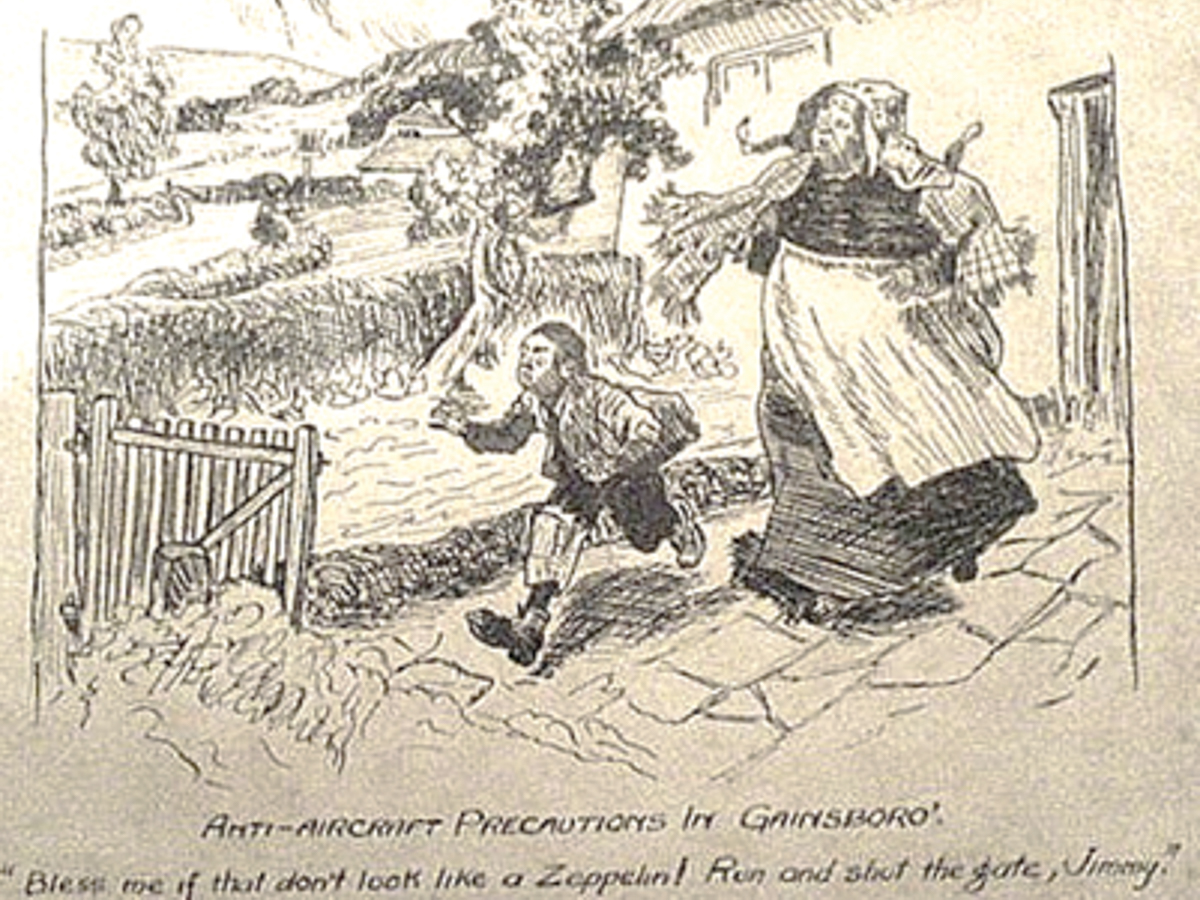 This fourth article about Misterton, West Stockwith and the First World War is taken from the last of David Seymour’s four books about the two villages in The Great War, Hearts At Peace. The book covers the home front, details about other local combatants and the end of the war.

An interesting point from many of the war records that still exist for the men from Misterton and West Stockwith is how small in stature they were. Although by no means definitive or scientific, a conclusion that can be reached from the data kept on the war records is that local men who enlisted were not big. Many of them were under 10 stones in weight and less than 5 feet 7 inches tall. In comparison with today, they were small and perhaps undernourished or perhaps lean because of the amount of physical labour they had to perform. Again, no scientific results survive but Australian, Canadian and New Zealand troops certainly appeared to be bigger, fitter and stronger than many British Tommies and from surviving records, the average size of a British Tommy was 5 feet 5 inches tall, a chest measurement of 34 inches and weighing about 140 pounds (10 stones). We would certainly think they were small by today’s standards. At 5 feet 10 inches, 15 stones and a 44-inch chest I would appear quite big (fat?) in comparison!

Every family would have lived in dread of receiving bad news from the front and also had to endure other privations caused by the war. The Defence of the Realm Act (DORA) brought in restrictions including public house opening times, lighting up times and a ban on shooting homing pigeons! Women had to take over the work previously done by men, including working on the land and in munitions factories like Marshall’s of Gainsborough. Zeppelin raids also helped to make the First World War the first total war as this cartoon showed:

The signing of the Armistice of 11th November 1918, in Rethondes (in Compiègne Forest) marked the end of the First World War. At 6.00am, the German generals signed the armistice with the allies near the train station in Rethondes Oise. In the restaurant car converted into a meeting room, Admiral Wemyss, the Marshal Foch and General Maxime Weygang put an end to four years of war. The cease-fire took effect at 11.00am. Throughout France, the bells rang out: the war was over. All fighters wanted to believe that this war was the ‘last of the last’.

A great sadness was that men were still being killed just two minutes before the Armistice came into effect. The family of war poet Wilfred Owen, heard the bells ring out in their Shropshire village to signal the end of the war only to later receive news that Wilfred had been killed in action the week before. ‘Dulce et decorum est pro patria mori?’

The end of the war brought promises of ‘Homes fit for Heroes’ and a commitment to remember the fallen. But there was also a sting in the tail as the 1918 world-wide ‘flu epidemic also struck locally. In the January 1919, Misterton and West Stockwith Parish magazine, Reverend Corlett wrote: ‘The hand of the angel of death has been very busy in the Parish during the influenza epidemic.’

Two of those buried locally were Edna Hackett, aged just three days, and Ruth Farr, aged just one. On 20th and 21st September 1918, Robert Hackett and Arthur Farr were killed in action. If the youngsters were their children, it would have been very hard for their wives left behind to bury such young children just before Christmas 1918, having recently received news of the deaths of their husbands.

As we approach Armistice Day this November to mark the 100th anniversary of the end of The Great War, it is perhaps fitting that we reflect on the fallen in all communities. Certainly, in Misterton, the war memorial will be a focus of remembrance with the symbol of memory, the red poppy, being prominent. The granite Celtic Cross war memorial was unveiled on Sunday 8th January 1922 by Brigadier Laycock, its cost of £300 being raised by local subscription.

Misterton historian David Seymour’s book, Hearts at Peace, has just been published. His four-part series examines the impact of the First World War on Misterton and West Stockwith’s residents. The books are a fascinating insight into local history and each one contains lots of photographs and primary source material. They are available from David at just £12.00 each or £40.00 for all four. You can contact David at seymoursam@hotmail.com or on 07952 544604.