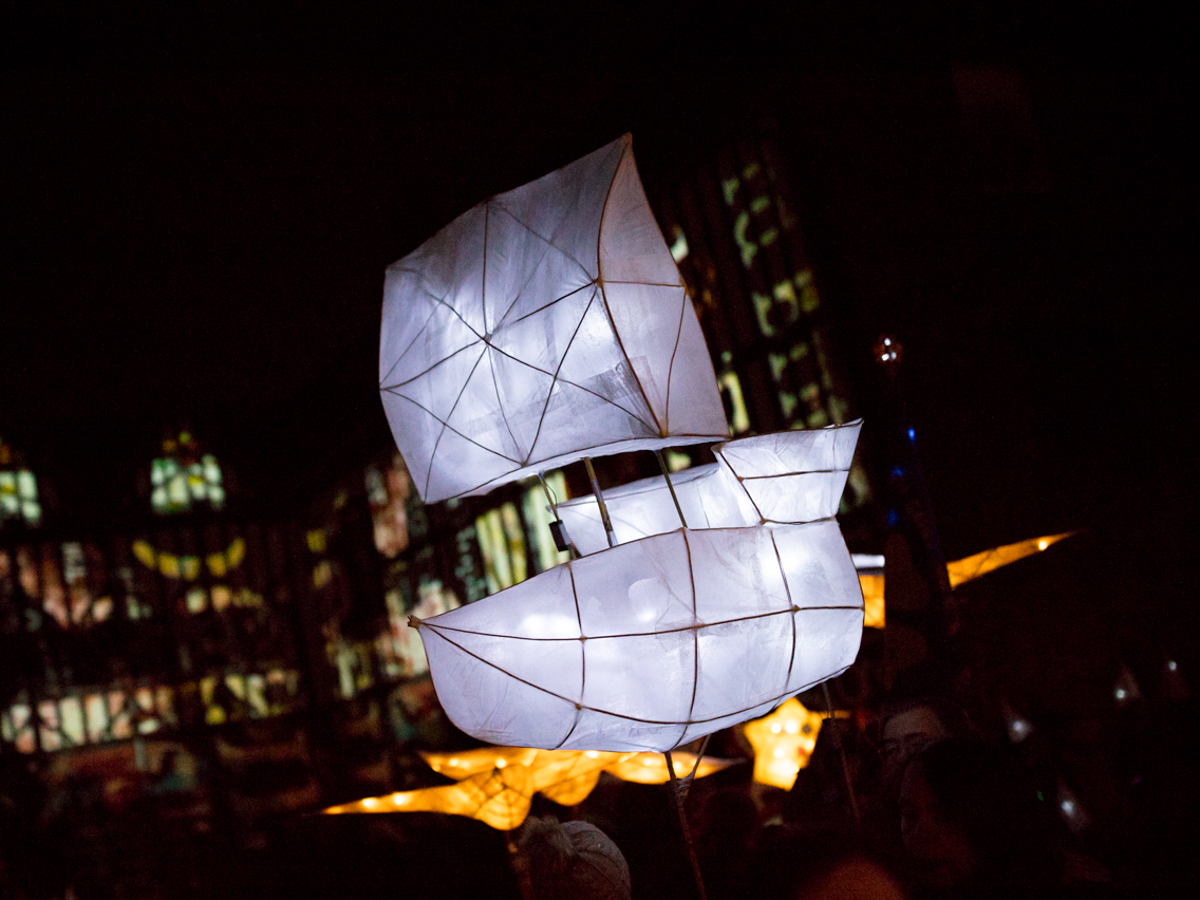 A dazzling display of lights will parade through the town on Saturday 16th November launching the commemorative year of the sailing of the Mayflower. Although the historic voyage took place from Plymouth, many leading Separatists, who later became known as the Pilgrims, came from this region including Gainsborough.

Gainsborough’s Illuminate parade is the first of six parades in the Pilgrim Roots region and will start at the United Reformed Church following a route through the town, with a spectacular light projection on the walls of Gainsborough Old Hall. Now regarded as one of the best preserved medieval manor houses in Britain, a group of Separatists were thought to have worshiped in secret at the Hall which is now a much loved visitor attraction within the town.

A new Pilgrims Trail was also unveiled last month helping visitors explore the heritage sites connected to the Mayflower Pilgrims’ story across Lincolnshire, Nottinghamshire and South Yorkshire. This 40 mile circular self-drive route highlights where some of the Pilgrims lived, worked and prayed before they began their new lives in Holland and America. For more information visit www.pilgrimroots.co.uk.

Gainsborough’s Illuminate has been made possible with thanks to a £100,000 grant from Arts Council England. The grant will be used to support the parade as well as a cultural programme of events across the town for communities to learn about their local history.

Everyone is welcome to join the parade and a series of free lantern making workshops are taking place to allow the public to create their own lanterns. Workshops were held in October, and in November there is one taking place at Gainsborough United Reformed Church on Saturday 9th November, from 10.00am to 4.00pm.