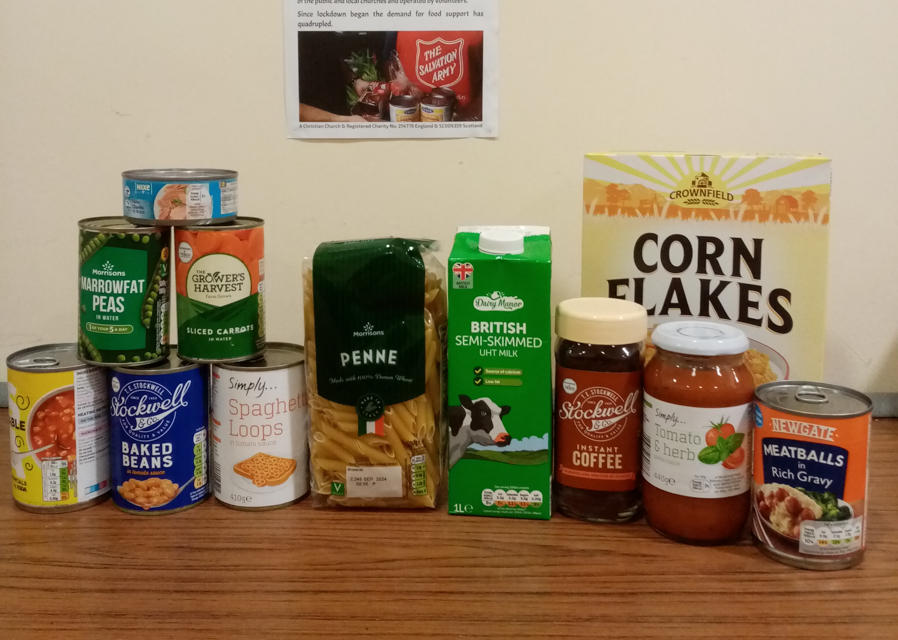 Food Bank demand quadruples since the ‘cost of living crisis’

Gainsborough Salvation Army has been running a Food Bank every Monday, Wednesday and Friday for a number of years. During Covid they saw demand double, then after Covid the numbers settled at 30 people a week.

However, due to the ‘Cost Of Living Crisis’ Major Colin Bradshaw and Community Manager Malcolm Shepherd have seen numbers of people needing help slowly rise as the weeks have got colder and the price of food and energy has increased.
In September demand had doubled to over 60 people a week and in November The Salvation Army Food Bank was handing out over 120 bags a food a week. The reason for this increase? Pensioners and low paid employees.

Colin and Malcolm are seeing a growing number of pensioners at their door needing a bag of food to help them through the week because they are faced with a choice: heating or eating. In the first week of November, they would often hear the phrase “I can’t believe I’m at a food bank” uttered by both pensioners and people with jobs.

The week before we went to print they gave out 144 bags of food containing UHT milk, tinned meat, Weetabix, tinned tuna, pasta and sauce, beans, soup and tea bags. For the last three weeks Major Colin has needed to buy extra food, spending over £170 in a week on UHT milk, tuna and Weetabix.

But they are able to do what they do because of the generous support and donations of both food and money. Running the Food Bank is voluntary and Gainsborough Salvation Army covers the cost of running the building so that every penny goes to buy food.

In January they expect demand to increase, but so long as they are able, Gainsborough Salvation Army will make sure that there is a bag of food for anyone in need.

Anyone wishing to donate food or money so they can buy food can drop off donations at Gainsborough Salvation Army every Monday, Wednesday and Friday from 10.00am to 1.00pm.