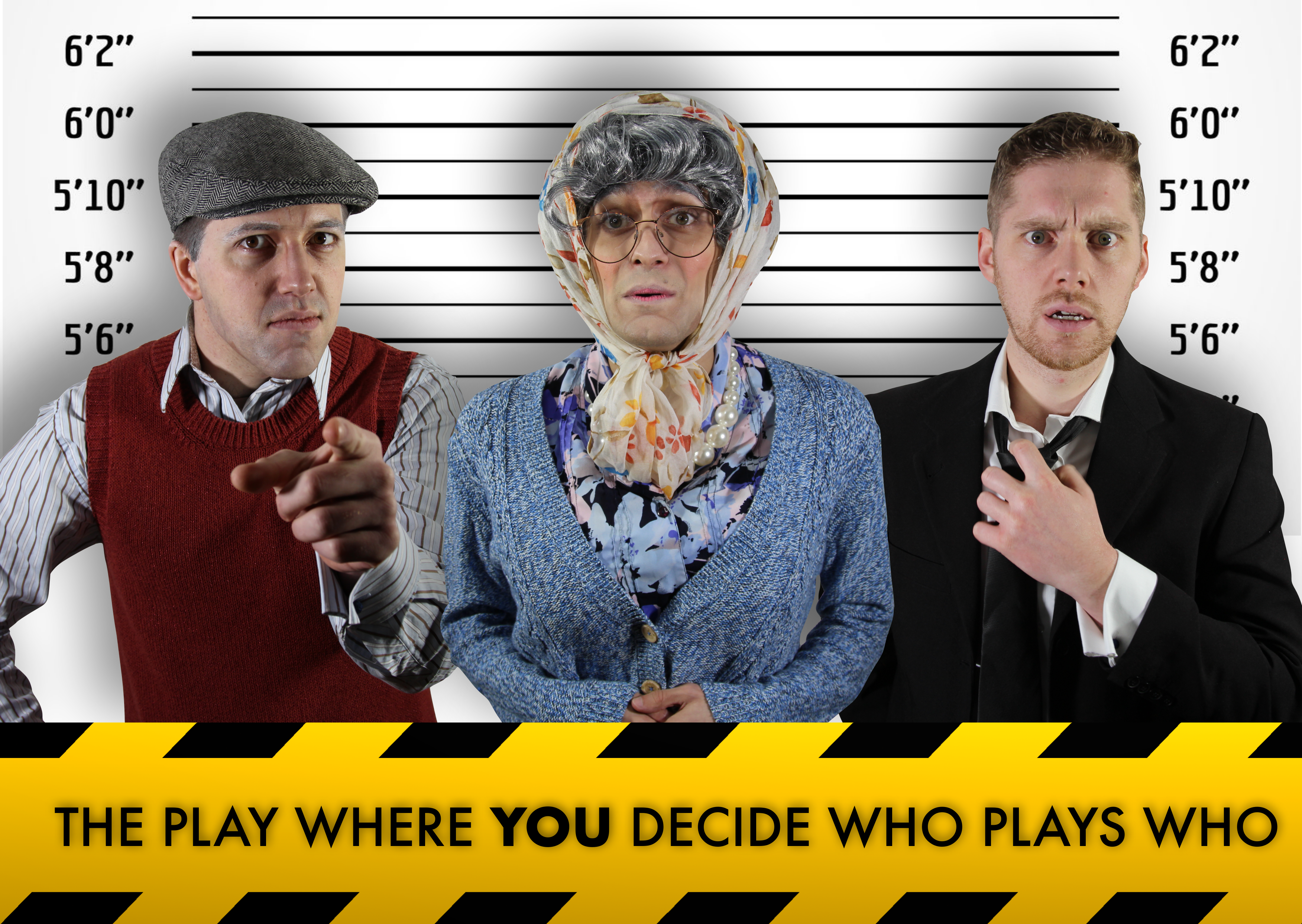 The Silence of the Lambs meets Last of the Summer Wine in dark comedy thriller The Killer Question. Former game show champion Walter Crump lives for murder (it was even his specialist subject on the nerve shredding, general knowledge quiz show The Chair). However, did his obsession with death ultimately lead to his own? That is certainly, what Inspector Black believes, and now it is Crump’s dopey widow Margaret who finds herself in the chair – accused of her husband’s murder.

But as shocking details emerge about the events leading up to Walter’s final head to head, it quickly transpires that what started out as an open and shut case has turned into another game altogether: the cat and mouse variety, with more than one deadly twist in the tale.

Will Inspector Black solve the mystery? Will Margaret be home in time for Country File? Who will prove to be the ultimate victim of The Chair? And, just as important, which actor will play which character… the audience decides!