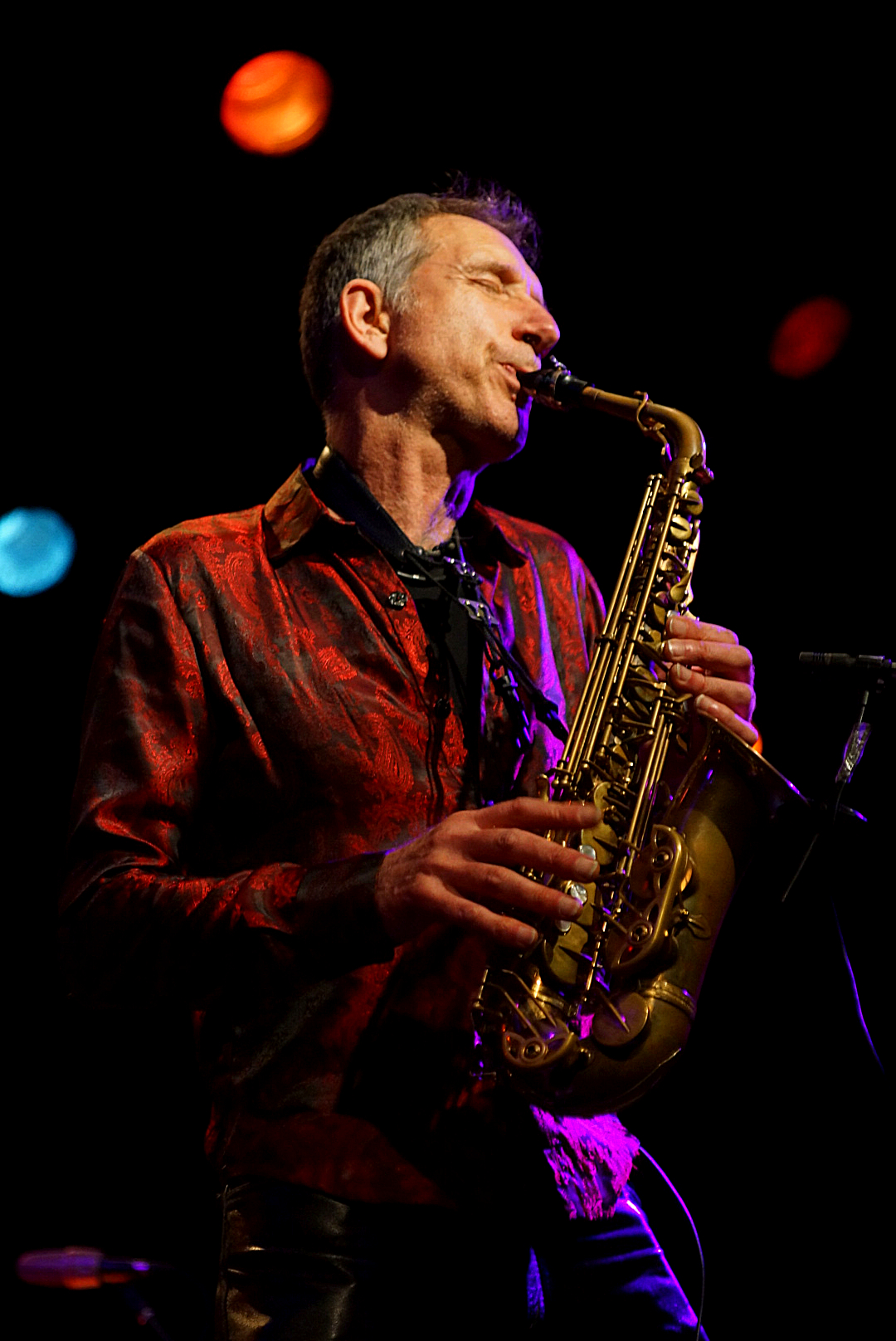 Snake Davis is one of the most in-demand rock soul and jazz sax players in the world, widely known for his solos on tracks such as Lisa Stansfield’s “Change”, M-Peoples “Search For A Hero”and “Moving On Up” and Take Thats “A Million Love Songs”.

He has played and recorded with artists ranging from James Brown to Tina Turner to Paul McCartney, The Eurythmics to Amy Winehouse. Recent hits include “Jubel” by Klingande, and “Changes” by Faul, No.1 in 8 countries across Europe. He was on the last Eurythmics world tour, and tours Japan often with their rock hero Eikichi Yazawa.

His greatest love however is to play intimate venues as himself, his own music choice with his favorite musicians. Playing the saxophone family as well as flutes, whistles and the ancient Japanese wind instrument, the Shakuhachi, and singing, it is his total passion and commitment to every note that draws people in. The Snake Davis Band has something for everybody, from floaty to dance-able, from soul through pop to jazz and world, original material and classic sax pieces such as ‘Baker Street’ and ‘What Does it Take’

The tight 4-piece band has Snake on saxes, vocals and woodwinds including the evocative Japanese flute, the Shakuhachi and is completed by Keyboards, Bass guitar and Drums.

Expect infectious grooves and passionate melodies. The Snake Davis Band plays a mix of original material, their own interpretations of some timeless soul jazz and pop pieces and selections from the ‘Classic Sax Solos’ repertoire.