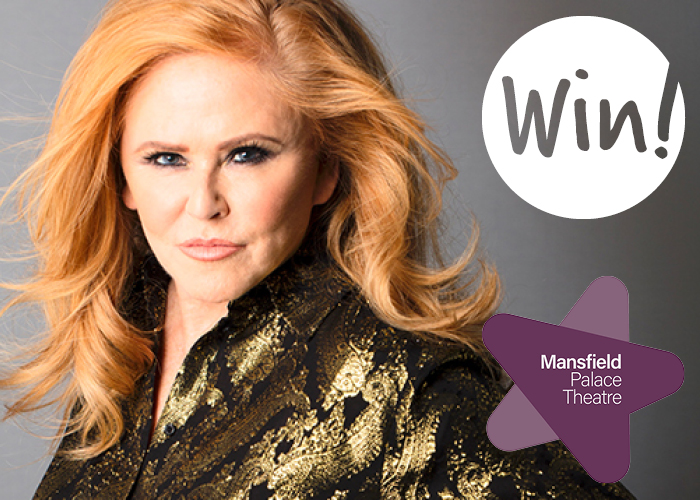 We have a pair of tickets to give away to a nostalgic evening of music with T’Pau on Thursday 8th September at Mansfield Palace Theatre.

T’Pau burst onto the music scene in 1987 with the hit Heart and Soul which reached number 4 in both the UK and US charts, introducing the world to the distinctive lead vocals of Carol Decker and the song-writing talents of Carol and Ronnie Rogers. And who can forget the classic ballad China in your Hand?

The original line up of T’Pau split in 1991 after a final Top 20 hit Whenever You Need Me but Carol built a new version of the group in 1997 leading to a tour and festival dates.

To be in with a chance of winning enter the competition on this page.

Mansfield Palace Theatre’s new season begins in September and there is a huge line-up of shows to suit all ages and tastes.

As always there are a huge range of tribute shows coming to the Leeming Street stage including:

Several original artistes will grace the Palace stage in the coming months, including The South on Wednesday 7th September, T’Pau on Thursday 8th September and Shaun Ryder on Wednesday 19th October.

There’ll be comedy with Dom Joly on Wednesday 14th September and A Celebration of Father Ted with Joe Rooney on Sunday 16th October and family shows with Santa Saves Christmas on Tuesday 13th December. This year’s festive pantomime treat is The Further Adventures of Peter Pan – The Return of Captain Hook from Saturday 26th November to Saturday 31st December.

See the full diary and book online 24 / 7 at www.mansfieldpalace.co.uk. Alternatively, you can call in to see the friendly Box Office team or call them on 01623 633133 during opening hours. Keep up to date with all the latest show news and competitions by following their social media accounts @mansfieldpalace.